God is compassionate and faithful. I came to faith in Christ as a child, and His mercy and grace have been evident from that time. During my teen years, the Lord directed our family to become involved in a church plant in the Pittsburgh area. That church began at my parent’s home. The pastor and a number of others in the church during those early years discipled me. I met Libby at Cedarville, and we were married while I was a student at Grace Seminary, we have been married over 50 years. She is a PK, so being involved in vocational ministry was almost predictable.  God directed us to two churches after seminary; First Baptist Church, Lock Haven, PA where I was ordained, and Grace Baptist in Cedarville. It was through the influence of Grace that the Lord directed us to become involved in training Christian leaders in many difficult places in the world through Mobile Modular Ministry. We have 4 grown children and 19 grandchildren. All of our children are involved in various areas of Christian service. We praise the Lord for His great Grace.

Why Want You Want to Serve as an Elder

God has used Grace to encourage and challenge our family in our spiritual life and service for the Lord.  We are grateful for the love and concern of this church body.

We have been a part of the ministry of Grace for nearly 40 years, first as the assistant to the pastor (14 yrs.), and then as a Grace commissioned missionary (24 yrs.).   It has been our joy to be involved in many aspects of the ministry, including as ABF teacher (9 yrs.), directing youth mission teams (13 yrs.) and working as the church janitor for several months.

How to Pray for the Pastoral Search Process

When Christ was ministering to the crowds, his response was compassion and teaching. He did not tell the disciples to pray for those... 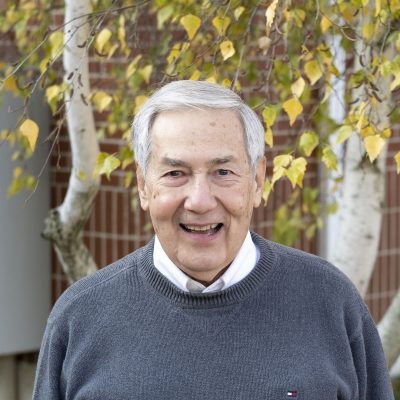